“I did not think of that side of things”, “I did not know that” are common things that we hear or say when we engage in discussions. Even if the topic of discussion is something that we feel passionate about, it will not be unfair to say that most of us fail to see different perspectives and hence, find ourselves barely scratching the surface of deep knowledge.

Some of us from the ThoughtWorks Pune office wanted to break away from this and decided to organise Screenings in office once a week and discuss about them. We started the screenings about 10 months back.

We screen just about anything like TED talks, documentaries, informational videos, etc. that cover a whole range of topics related to science and technology, feminism, psychology, law, environment and so on. Some examples are: Fire in the Blood, Feats of memory anyone can do, How to escape education’s death valley, We should all be Feminists, The Moral side of Murder, Secret Life of Newton, Documentary on WikiLeaks and so on.

We have participants from a wide range of age group mostly from ThoughtWorks but we have also had some folks from outside join us for some of the screenings. 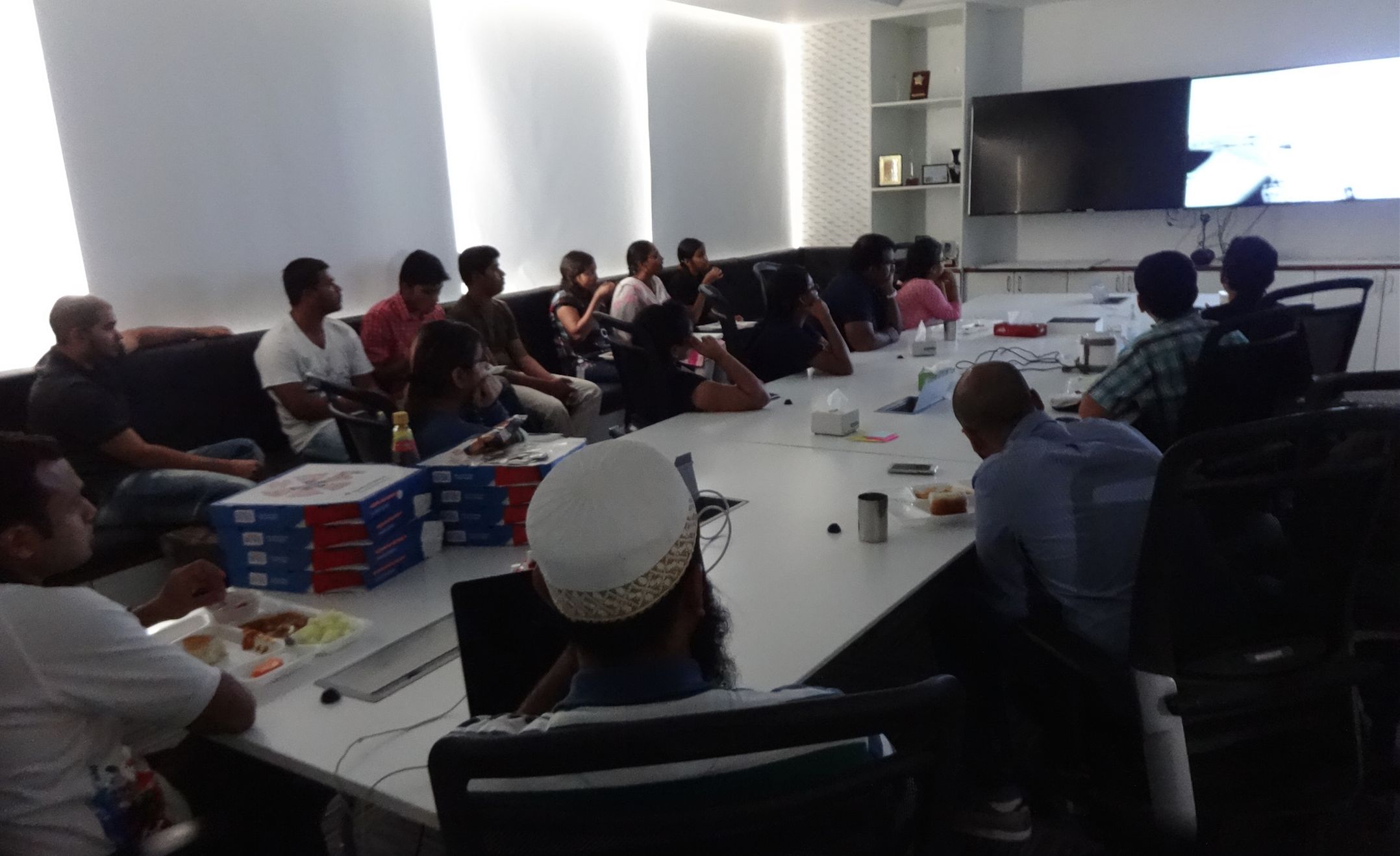 We have different perspectives on things based on our past experiences, our knowledge and so on. The screenings have provided us a medium to discuss topics openly, to understand other perspectives, reflect upon them, and broaden and deepen our knowledge. This 10 month journey has crafted a wonderful path for us to reach our goal someday.

Self motivation and reflection are important

Many initiatives are taken up often but when they hit a phase of dwindling interests, the initiatives die down. We have had phases when barely anyone turned up for the screenings even though we had put in a lot of effort to select the best videos. We always tried to reflect upon what the reason could have been and tried to fix it the following week. We motivated ourselves by working out new ways to get more people interested in the screenings and to have better discussions. This has kept us going for the past 10 months. 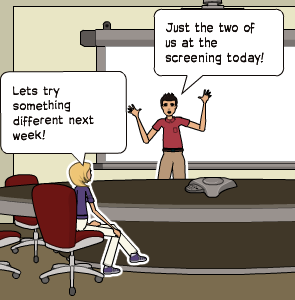 Commitment is a necessity

We watch a whole bunch of videos all week and select one that we feel will resonate with the audience the most. We send out mails about the videos and create events. We committed ourselves to doing this to such a large extent that after some time, it became a part of what we do regularly and it stopped feeling like a huge task.

Organising is not easy

Organising anything as simple as screening a video is not as easy as it sounds. There are many aspects that need to be taken care of before doing so. Points such as whether this video can be screened for a public gathering free of cost, whether the production company needs to be notified about the screenings, etc. are important to take care of before every screening. Ensuring the quality of videos are good, the sound and display facilities in the office work fine, are a set of tasks that need to be taken care of too.

It taught me to be humble

I realised that the success of any event is not only due to the efforts and skills of the organisers but is equally because of the participants. If it was not for the many people who joined us and watched the videos, discussed about them, shared their perspectives, suggested the videos for future screenings, this initiative would not have come this far. This realisation taught me to make everyone who was involved in making this event a success more visible about their contributions in some simple ways like asking them to send out the next email and making them feel as much a part of the screenings as anyone else in the organising team. 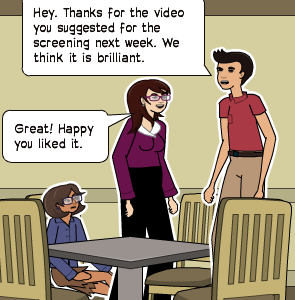 Changed my meaning of success

To me, the success of the weekly screenings is not in having completed 10 months. We have not reached a large depth of knowledge in any topic yet either. But, it gives me immense pleasure when I hear people recollect some points from the videos when they are faced with some similar situations. It makes me happy to hear people say they have found some folks who are interested in the topic that we had screened and are now working together to discuss it in more depth. It gives me joy to hear people say that they follow somethings they learnt from the video (like memory techniques or better body languages) and it is actually helping them in real life. To me, the event’s true success is that it has inspired people to talk about it, share, apply and learn more. 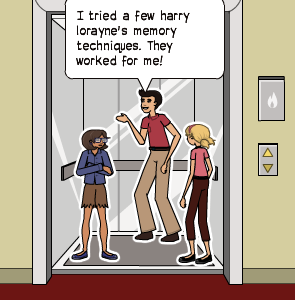 These screenings have given me invaluable learning. I hope it also inspires many more to join us in our quest to share, discuss and learn. 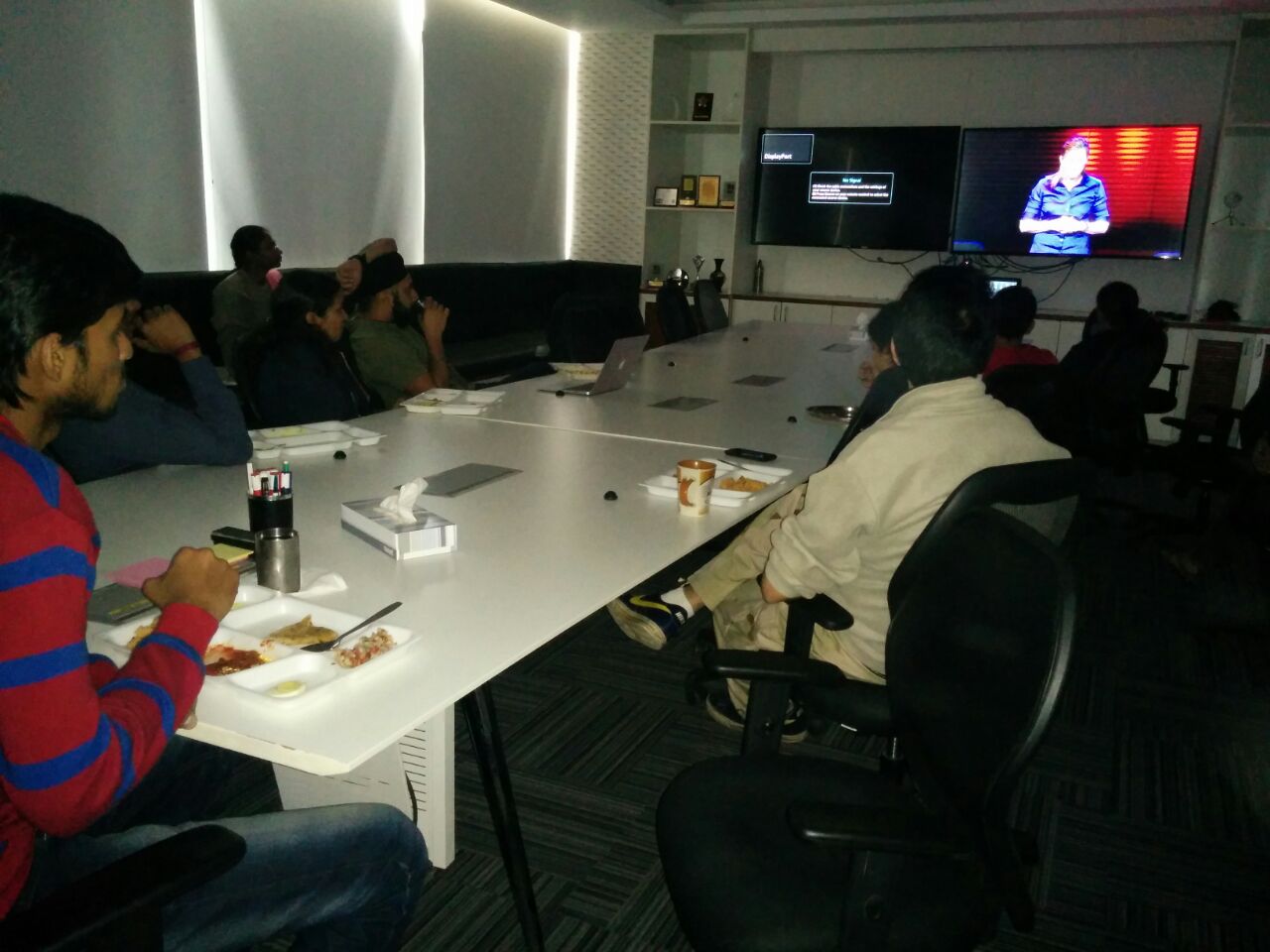 Thanks to ThoughtWorks for allowing us to organise these events in office and thanks to everyone who has been a part of the event.

Thanks to folks who reviewed the contents of this post.

Speak up, ask questions, encourage team members to be brave and not perfect

Experience Products the way Customers would during Testing

We as testers should try to experience our products in the way that our end users would experience them. We should think beyond just the requirements and spe...

As testers, we should not just check if our product is as per the design and specifications stated. We need to experience the products in the ways an end use...